You know Dasher, Dancer, Prancer, Vixen, Comet, Cupid, Donner and Blitzen, and of course you recall the most famous reindeer of all…but did you know reindeer are also known as caribou?!

Reindeer and caribou are the same species – Rangifer tarandus. Reindeer is the name used when referring to the animals in Europe and Asia as well as domesticated individuals, while caribou is the name used for wild populations in North America. 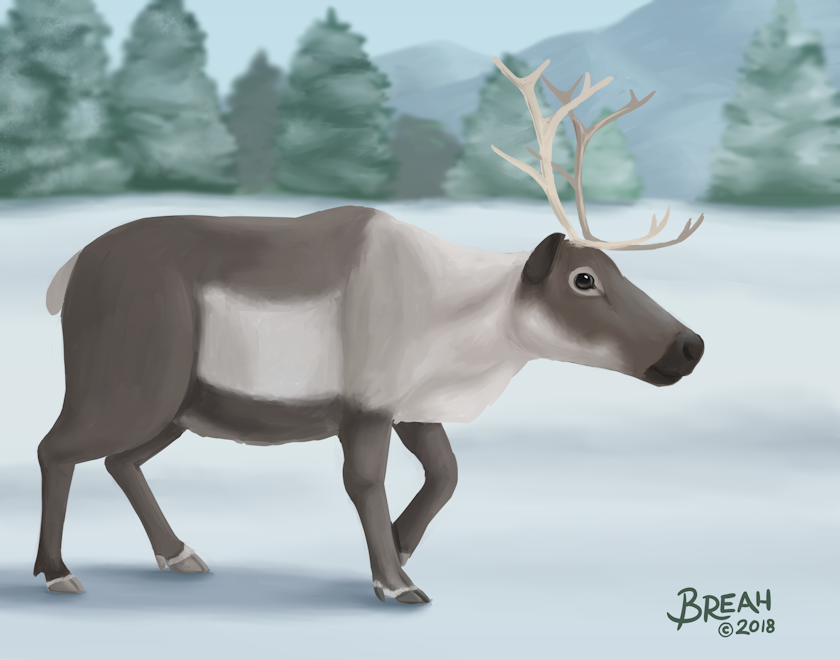 Reindeer are among the the only deer species that both male and females grow antlers. The male’s antlers start to grow in February and the female’s in May, they finish growing their antlers around the same time. Female reindeer keep their antlers through the winter and loose them in May. The male looses his in November, so he doesn’t even have antlers on Christmas!

Not all reindeer have red noses, but their noses do aid in their survival! Their noses help warm the air before it enters their lungs. They also have two layers of fur – a dense undercoat and long, hollow guard hairs.

While Santa’s flying reindeer may help pull his sleigh around the world, the terrestrial (ground dwelling) reindeer have the longest migration of any land animal. Some travel as far as 3,000 miles (4,800 km) – that’s about the length of 38,016,000 average sized candy canes placed end to end!